Aryani Ong is a community advocate, blogger at Six Hues, and former civil rights attorney. She has led the efforts that opened dialogues between the FBI and national audiences of Chinese Americans.In December, she organized a group of Asian American leaders from around the country to attend a high-level meeting with the FBI at its headquarters inWashington, D.C. In September, she brought together a high-ranking FBI counterintelligence official, former CIA analyst, national security lawyer, and global recruitment executive to speak at the United Chinese Americans’ national convention. Aryani is co-founder of the Asian American Justice Task Force, a discussion group for advocates concerned with ethnic profiling. The discussion group was founded in 2015 following a spate of highly publicized cases involving Chinese American scientists who were accused of economic espionage but whose charges were later dropped. Last May, she moderated a Capitol Hill press conference following hydrologist Sherry Chen’s win at the Merit SystemsProtection Board and featuring Members of Congress and community leaders. Aryani also has worked with national and local organizations on advocacy campaigns and invited to speak before the Congressional Asian Pacific AmericanCaucus Members and staff. Previously, Aryani worked as a staff attorney with the present-day Asian Americans Advancing Justice-Asian American Justice Center(AAAJ-AAJC), where she worked with civil rights leaders, including OCA-AsianAmerican Advocates, to provide community responses to the Dr. Wen Ho Lee case, meet with then Attorney General Janet Reno and serve on a community advisory group to the Department of Energy’s Task Force on Racial Profiling.

Andrew Chongseh Kim is a commercial litigator at Greenberg Traurig, where here presents clients in disputes involving commercial transactions, trade secrets, construction, and oil and gas. Before joining Greenberg Traurig, he spent several years as a law school professor, teaching at WashingtonUniversity in St. Louis School of Law and Concordia University School of Law.His research, which has been published in top – 50 law reviews and cited in briefs to the United States Supreme Court, applies sophisticated statistical techniques to reveal inequities in our legal systems. Kim holds the title of VisitingScholar at South Texas College of Law in Houston. Kim has been quoted frequently in newspapers, radio, and online media outlets. His most recent study, forthcoming in Cardozo Law Review, reveals that Asian defendants charged with espionage are twice as likely to be innocent as those of other ethnicities. Kim serves as co-chair of the Asian American Bar Association’sCommunity Service and Pro Bono Committee and serves on the board of the KoreanAmerican Association and Community Center of Houston. Kim graduated cum laude from Harvard Law School and clerked for Justice Richard N. Palmer of theConnecticut Supreme Court. 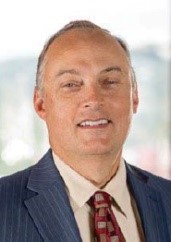 John W. McIlvaine IIIis an Intellectual Property attorney with extensive experience in patent procurement, patent enforcement, trademark registration, trademark enforcement, licensing, and litigation. His practice involves a substantial amount of international intellectual property law, and he counsels a wide range of clients – from individual inventors to Fortune 500 companies. John is actively involved withIP programs and initiatives, sharing expertise as a community leader, educator, and author. He is a certified arbitrator and an Approved Early NeutralEvaluator for Intellectual Property cases pending in the U.S. District Court for the Western District of Pennsylvania. He has served as mediator, special master, and patent-law expert witness in numerous IP litigation matters, and he is co-chair of the local court’s IP Advisory Committee.

John has published articles on IP topics and is an adjunct professor with theUniversity Of Pittsburgh School Of Law. In 2004, John and patent attorneys from several area law firms and corporations worked together, in cooperation with the U.S. District Court for the Western District of Pennsylvania, to draft astate-of-the-art set of rules and procedures for the conduct of patent litigation, which were recently updated.

Mike focuses his practice on the representation of corporations and individuals in government and regulatory investigations involving fraud, corruption, healthcare, cybercrime, and environmental matters. Mike also conducts internal investigations for institutions and corporations.

Before joining the firm, Mike served for thirteen years as an Assistant UnitedStates Attorney for the Western District of Pennsylvania. For the last eight of those years, Mike served as Chief of the Civil Division. In that capacity, Mike led a team of eleven attorneys prosecuting complex investigations of institutions, corporations and individuals. Mike’s team also defended actions brought against the federal government under myriad case theories. Prior to serving as Chief, Mike prosecuted white-collar and violent crime, including tax, health care fraud, corporate embezzlement and fraud, as well as international drug trafficking and other violent crime.

During his time with theDepartment of Justice, Mike received the Attorney General’s DistinguishedService Award for his role in dismantling the Game Over Zeus botnet that caused hundreds of millions of dollars in losses to the U.S. financial sector. Mike also received the Council of Inspectors General Award for Excellence for his leading role in the landmark global settlement with Education Management Corp.(EDMC). In 2003, Mike was appointed as a Hearing Officer with the SpecialMaster’s Office of the September 11th Victim Compensation Fund.In that role, Mike had the privilege of presiding over hearings to determine eligibility and set award amounts for victims and their families. Mike began his government service with the Office of the District Attorney of AlleghenyCounty prosecuting various crimes, including homicide, sexual assault, and other violent offenses.